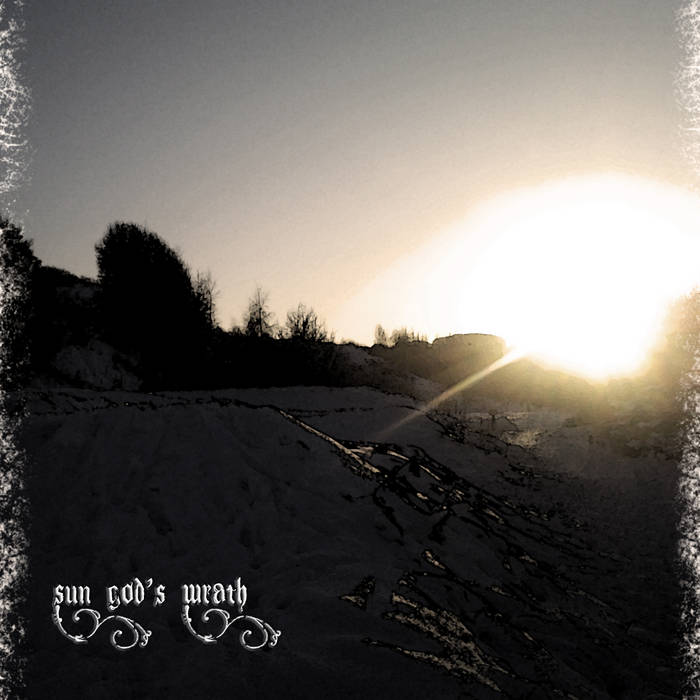 Chris says: This song, as you might be able to guess from the title, is about sun gods; more specifically, the fact that every ancient culture has their own version of a solar deity, and each of those different deities shares some fairly common characteristics. The lyrics deal with an abundance of different sun gods (such as the Roman Sol Invictus and the Japanese Amaterasu, among others) before commenting on the fact that despite the change in cultures, the idea of the sun god remains the same; humans have always worshipped the sun.

This song was intended to be a 'fast' song to counterbalance the fact that a lot of our songs are fairly middle-paced, and the verses ended up sounding a lot more black metal than we'd expected; partly due to Martin's raspy vocals and Wib's astonishingly quick mastery of blastbeats. Random fact- the chorus for this song went through about four different revisions over a period of about two months before I finally found something that I was happy with. The rest of the song stayed mostly the same, it was just the chorus that kept chewing at me!

Amaterasu required her shrine be rebuilt every twenty years to maintain its purity, while Apollo drove his chariot across the skies in return for the burning of fat wrapped thighs.

The Romans devoted a day of every week to the worship of Sol Invictus, Boddhisattva of the solar temple seeks to enlighten all and India was transformed for Makar Sankranti in honour of Surya.

Though the rites and deities may have differed,
countless cultures condoned the idea.
Believing they had to act
to make the sun rise again.

Norse wolves would devour the light to bring about Ragnarok, Ra demanded his legend be carved in temples in the desert sands and Tonatiuh demanded the fresh beating hearts of his followers in ritual sacrifice.

Though the rites and deities may have differed,
countless cultures condoned the idea.
Believing the world would end
if humans are negligent.