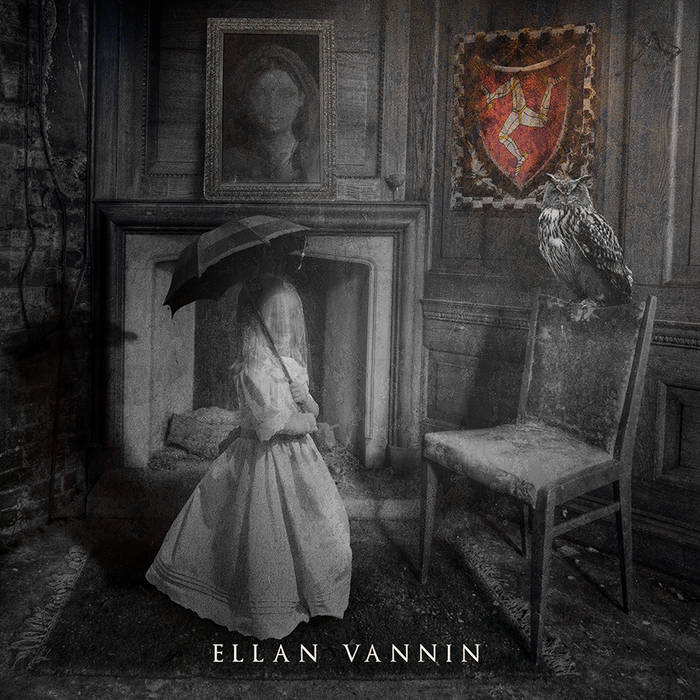 Compared to the simplicity of the brief for 'The Court of Owls', this song was a great deal more challenging. The backer who commissioned it, Jim, sent us a long email stuffed with references and Youtube videos shortly after the Kickstarter campaign had successfully funded, detailing exactly what he was looking for. His brief was, for the most part, a complete history of the Isle of Man, including ancient times up to the modern day (and even motorbikes, courtesy of the Manx TT). Needless to say, we spent a lot of time digesting the email and conducting our own research! I located some very useful information in the book 'Folklore of the British Isles' (which contained some great stories about the principle deity of the Isle of Man, Manannán mac Lir, whose cape of clouds shrouds the island to protect it from harm) and passed this to Martin so he could weave it into the epic that he was writing.

Musically, we wanted to write a very long song- Jim requested something that was 'epic-length', in the vein of a band like Moonsorrow, so we really pushed the boat out with an extended keyboard/flute intro before getting into heavy riff territory. The end result breaches the 10 minute mark, and is the longest Northern Oak song ever written by a good margin, so I think we just about succeeded in making it epic!

The kin of this land quaked when you first arrived in your long ships, as your Tynewald was formed. How we all feared your savagery, that your lawgivers had to be fenced from your brutality. It wasn't long until your drove the denizens of this land with cold steel to the fringes, into hiding apart from those who wear defiance as their mantle.

Even now you still pay respect before crossing Ballona bridge.
Lay your reeds so Mananán mac Lir may guard you with fog.
Tremble at my form, my name, Buggane.

**You would cage even the Ben Varrey
Who sheltered you from the storm.**

Your cold iron and railways that killed the hill people was not enough. Now you heat it until it screams and belches smoke, forging demonic Steeds for nothing more than racing for some useless sport.

I rejoice in Ellan Vannin because I know it was born of magic and your squabbles over kings and faiths have made no dent in its majesty. How could humans who nearly lost their own tongue until a visitor intervened hope to last? Learn all the songs of the four winds and surrender your will to Vannin or you will soon end.

from Triptych, released November 29, 2015
Music and lyrics: Northern Oak
This song was written as a Kickstarter commission for Dr Jim Waterman.